More than half of all internet browsing is now on a mobile device such as a phone or tablet (as compared to a desktop or laptop).

So it was important that we create a booking system that would run on mobile devices as well as desktops. Typically flying schools have access to computers in their offices, so while on site it isn't such an issue, but I still wanted as much as possible of the system to be mobile-friendly. I'm pleased to say the entire system works on mobile!

A few weeks ago I received this feedback from a school owner. "Most of my students are older and struggle at a desktop...". While the comment was really aimed at desktop browsers, it did prompt me to think about the booking form a little more and I wondered if it could be made easier to use, especially on small phone screens.

The actual question was whether a separate app could be made available for bookings. While there is no separate "app", it is very friendly to mobile, especially after some recent changes. Here is a quick guide to better using the app on phones.

Nobody wants to keep typing in URLs into the browser, so we recommend the following steps to make the experience as easy as possible.

Instructors and office staff can administer user accounts, and can fill in the student's email address, allow them access to the site and send out a welcome email. The welcome email will be received by the student on their phone and contains a link which bypasses the need for an initial password. The student can then set their password, but they should rarely need to type it in once logged in.

Phone users will find it useful to add the booking system to the phone's home screen: 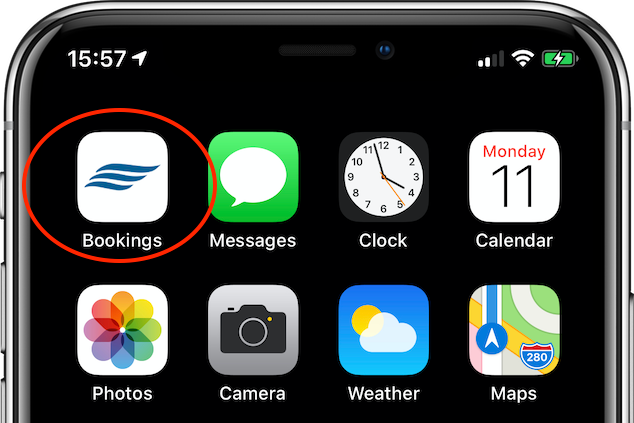 To do this, they should tap the Summary tab in their account page. This is the best page to bookmark because it is context sensitive, and adapts to tasks the user may want to do. Adding an icon to the home screen is easy. For Android phones, tap the menu button and tap Add to homescreen. On iPhone, tap the Share button at the bottom of the page followed by Add to Home Screen. The booking system can now be launched from the home screen just like any other app. Users will remain logged in (as long as they un-tick the option I'm using a public computer).

Until recently, to book a time slot you had to tap accurately in the checkbox to add a tick. This was fiddly and so sometimes took more than one tap to select the slot.

It is no longer necessary to tap the checkboxes to reserve a time slot. Instead, tap anywhere on the row. This makes it much quicker and easier to book. We've also increased the row height on small screens, which makes them easier to tap and reduces the chance of tapping an adjacent line. 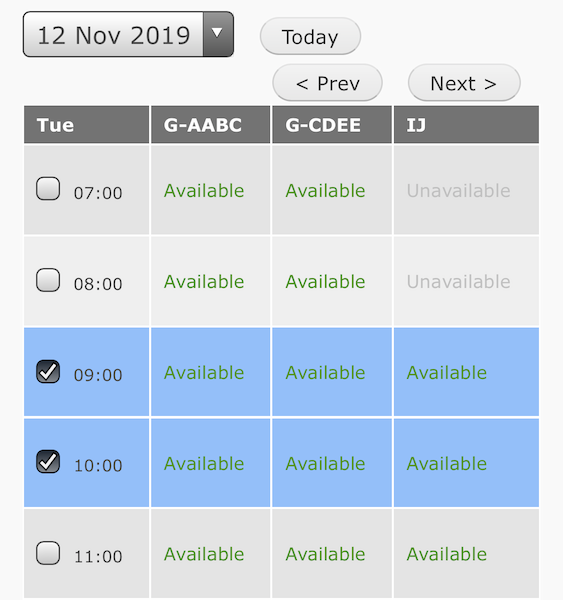 We've also improved the lower booking form where users pick which aircraft and instructor they want to book. When there are only one or two to choose from, the form adapts to show all options on screen at once, as radio buttons instead of drop-down lists. This cuts down the gestures required from two taps plus a swipe down to just a single tap. It may not sound much, but it makes a difference!

We hope these improvements make it even easier to book, and perhaps lead on to more bookings!